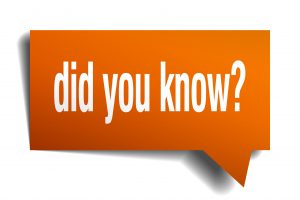 Credit unions are typically considered to be highly advantageous when used as an alternative to regular banks. However, if you did a little research into the subject, you’ve probably come across the term “federal credit union” which many experts believe to be far better an option than that of joining a regular local credit union.

Federal credit unions are insured and regulated under the Federal Credit Union act of 1934, and they are known to offer better advantages as well as improved stability and security, when compared to most other credit unions.

In 1934, Congress enacted the Federal Credit Union act in an attempt to make it easier for people to get credit by establishing a national network of nonprofit financial institutions that could act as an alternative to regular banks. The first regulatory body for federal credit unions was born under the name of “Bureau of Federal Credit Unions,” and it would continue to regulate unions throughout the country until 1970. That is when the Bureau was replaced by the current governing body, the National Credit Union Administration (NCUA).

The Federal Credit Union act was based on previous rules created with the Massachusetts Credit Union Act of 1909, and it practically laid the foundation for the modern-day credit union and how it should operate. The law established through this federal act, along with the NCUA’s commitment towards ensuring that lending opportunities are provided with the integrity and security that borrowers need have made federal credit unions what many experts would call the top most favorable institutions for borrowing money in the country.

What Does a Federal Credit Union Entail?

When you borrow money from a federal union, you basically gain the support of an institution that is backed up by a legitimate federal organization and by federal law. These unions are required to follow strict guidelines to protect your money and provide the necessary insurance that you need.

Federal credit unions are considered safe because they are federally-insured. This means that your money is protected by the National Credit Union Share Insurance Fund (NCUSIF), an institution that makes it easier for federal credit unions to insure their funds through the NCUA, rather than through costly premiums that are basically unnecessary.

If the credit union where you have your money borrows large amounts that cannot be returned, you can still ensure that your money will be safe because their federally insured status provides relief through the NCUSIF, so that the credit union can continue to function without losing its ability to permit withdrawals. If you have a savings account and something like the COVID-19 crisis occurs, this can prove to be a great advantage over the option of choosing regular, uninsured credit unions.

If you’re looking to borrow money, interested in a deposit or just searching for a better option to get a new credit card, a federal credit union, like Highlands Ranch credit union, is your best choice. These institutions will not only provide you with better rates and improved borrowing conditions, but also help you gain the knowledge necessary to make an informed choice on purchasing the financial product of your choice.